Why are oil changes necessary?

Oil is responsible for protecting the engine’s interior components from harm, keeping it cool, and preventing pollutants from accumulating inside the motor. The oil’s capacity to fulfill these important duties is limited as a result of moisture and combustion gases polluting it over time. If you make a lot of short journeys in your car without allowing it to reach maximum operating temperature on a regular basis, the oil will get contaminated faster, requiring more frequent oil changes.

The oil filter should be replaced at the same time, since it loses its effectiveness to clean the oil as the engine is run over time. If you don’t change your oil filter on a regular basis, it might degrade and even disintegrate, obstructing oil passages and causing engine damage or failure.

Is it true that you know how to change the oil in your BMW M3? According on the official BMW parts list, the OEM E92 S65 motor capacity is 8.8 liters, which friends can be multiplied by 1.05 quarts per liter times 8.8 to yield approximately 9.3 liters. The oil pan capacity is about 8.3 liters

The right tools, knowledge, and respect for safety techniques are required for any oil change. After the engine has been warmed up, it’s time to get under the car; you can either use ramps, jack stands, or a lift to access the underside of the automobile.

Remove the oil fill cap and filter. A 36mm socket is required to remove the oil filter. When you’ve taken it out, make sure something below catches the oil that will flow out when you take off the filter. It’s time to get under there now.

Safety is now especially important when draining hot oil. If this gets on you, it will sear your skin. It’s bad. 140° water or oil can create a third-degree burn in 5 seconds, and 156°F water or oil only takes 1 second to do so.

Use a long socket extension and a swivel elbow to loosen the drain plugs off to the side. Just to be safe, drain the rear or main oil reservoir.

When the power slows, remove the front 6mm hex drain plug and allow the two drains to run their course. Replace the two O rings on the Oil Filter Housing lid while they drain.

They’re removed by using a small pic or a flat bladed screwdriver. There’s a large one that is simple to replace, and there’s also a much smaller one at the tip. Before installing the new ones, grease them with oil. The kit includes both of these gaskets and two copper crush washers in addition to the 6mm hex drain plugs. Replace the drain plugs and make sure they’re using the correct crush washers and torque settings (18 ft-lb or 25 Nm). Install a new oil filter, tighten the housing lid, as well as torque it to 25 Nm.

The BMW Owner’s Manual describes the fuel and wiper fluid capacities, but not the engine oil capacity. The OEM E92 S65 motor capacity is 8.8 liters, according to a number of BMW components. You might get 9.3 Quarts by multiplying 1.05 quarts per liter times 8.8. The oil pan capacity is 8.3 liters, so add roughly .25 liters for the oil filter housing addition

Although the oil pump is located low down in the front air dam, it’s impossible to drain all of the oil from this engine because there is some in the oil cooler at the bottom of the front air dam. The E9X M3 has two oil pumps and reservoirs as well. Given how many pathways for oils to go through, it’s difficult to fully empty it.It’s possible to overfill the E92 M3 if there is old oil left in. It’s simple to overfill the E92 M3 since there is so much room in the sump. As a result, it’s critical to drain any excess oil before it cools down. Some people prefer to let the M3 cool overnight, and there are some pointers available.

Fill the engine with oil using a funnel to keep everything much more tidy. Add 8 liters once the M3 draining and 6mm hex drain plugs have been replaced. Now it’s time for the tense wait while inspecting the oil level since, sadly, modern BMWs offer the only way to check it is to turn on the ignition.

The M3 displays only an oil level when the oil is above operating temperature, or 160°F. Take the oil filter out and suck out the oil from the oil filter canister, which has approximately 1/4 liter of oil, if the M3 does get an overfill. It’s much easier to drain some oil out of the bottom of the engine than attempting to manage it from there. I’ve tried it before and it’s a pain in the ass since it’s messy and unreliable.

Change the oil every 15,000 miles or once a year for the E92 M3. The service interval is said to be around 15,000 miles or one year for the E92 M3 oil changes. It should be changed at 7500 miles or once a year. Since 1999, BMW and Castrol have been partners. Furthermore, since 2004, every new BMW has had Castrol’s name on the filler cap. There are other 10W 60 Motor oils on the market; however, only Castrol EDGE TWS 10W/60 is authorized by BMW for use in your high-revving BMW M engine. 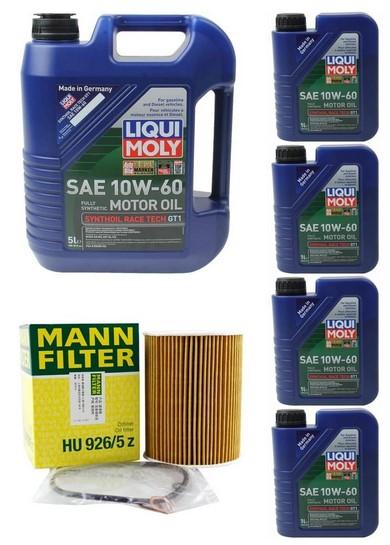 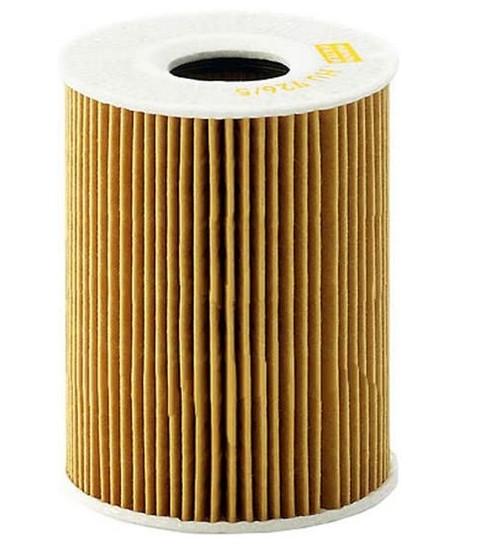 Cartridge Oil Filter Elements have been designed specifically for use in today's modern engines. These filter cartridges, which feature outstanding dirt-holding capacity, high material strength, and a filter fineness that is precisely matched to the car model, can tolerate the most severe driving conditions. Cartridge filters found on most European automotive nameplates retain the oil in the module for a faster delivery of oil during starts to minimize friction and engine wear. And best of all, MANN-FILTER cartridge elements are , since the filter housing does not need to be replaced for the entire service life of the product. MANN-FILTER ‒ Perfect parts. Perfect service. As a trusted automotive supplier with global reach, MANN+HUMMEL offers a wide range of MANN-FILTER products in original equipment (OE) quality for European applications.
Pros
High-end silicone return line barrier membrane 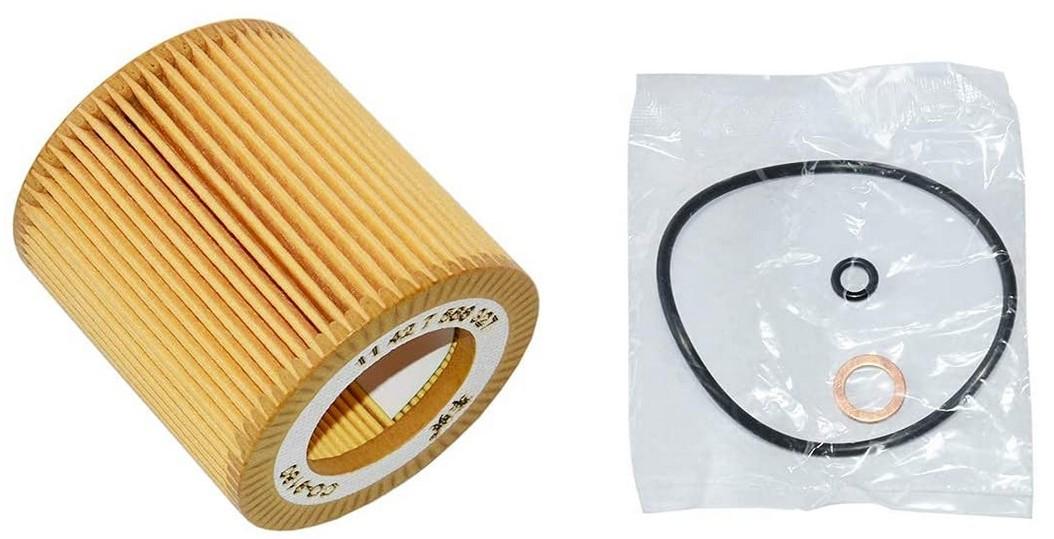 An oil filter is a filter designed to remove contaminants from engine oil, transmission oil, lubricating oil, or hydraulic oil. It is generally located near the middle or bottom of the engine. Oil filters have a very important function. If the oil has not been filtered for a while, it could become saturated with tiny, hard particles that can wear surfaces in your engine.This particles can, over time, gum up the inner workings of the engine, causing other parts to malfunction and fail. 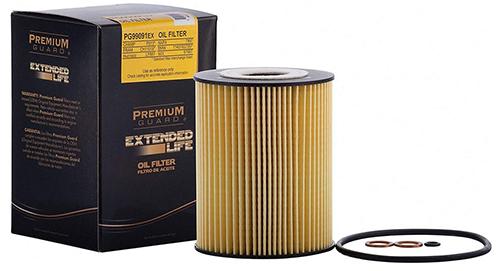 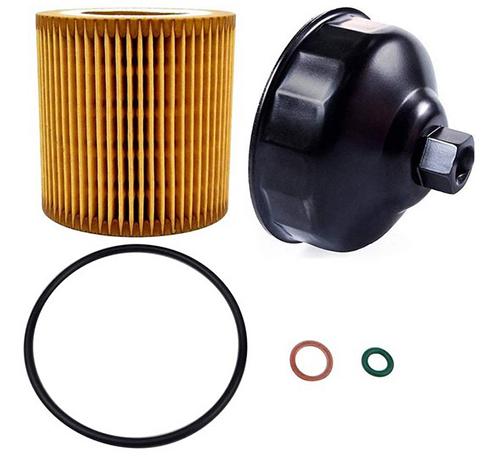 Ibetter oil filter drain tool are made from high strength steel that is updated design and allows proper removal and installation of oil filter housings. Vehicles with HU816 oil filter.

BMW, like virtually every other car maker, employs a crankcase ventilation system (PCV) to release built-up crankcase pressure by reintroducing it into the intake system. This solves one difficulty, but it creates another. Along with the reduced pressure comes oil and carbon particles that are introduced with the intake air and burned in the combustion cycle. A catch can is an effective device for catching and removing oil from your M3’s PCV system, preventing it from ever reaching the intake. It will keep your intake clean while allowing your engine to relieve built-up pressure in the crankcase for the cleanest operation feasible.

Leaks in older BMW engines are not uncommon. Because of the E92 M3’s S65 V8 engine, particularly because it has valve covers, this is frequently the case. Inspect the valve covers’ junction with the engine heads for signs of oil buildup, stains on the driveway, and a change in your oil level.If your engine requires more oil than once a month as a result of normal driving, there is a leak. Because LIQUI MOLY Molygen includes a UV dye component that makes detecting leaks easier, using it like this is an easy approach to locate oil leaks. However, if you notice a puddle following your BMW M3’s parking, it’s probable that the Valve Cover Gaskets need replacing. If you have never done maintenance on your vehicle, this is the time to start. Remember to change the spark plugs and spark plug tubes while performing this service. For the best outcomes, do the valve cover gaskets, coils, and plugs at the same time.